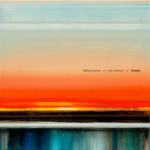 Rafeâs Kamen was born in Uruguay to parents living abroad from the Czech Republic. As a result, Kamen has been exposed to a variety of cultures and influences. Kamen began learning piano as a young boy in Uruguay, and began experimenting with different objects against piano strings “before my feet could reach the pedals.” In the music center down the street, Kamen would put a brick against the sustain pedal of an old baby grand and joyfully strike the strings with different objects to produce a range of timbres and textures. A visiting teacher visiting the center invited him to listen to John Cage and Charles Ives. Kamen also became interested in American jazz at an early age, and would often “lose himself” in the works of Monk and McCoy Tyner.

Kamen visited a friend in Seattle, WA, USA and began to play on the West Coast. It was there that he became entranced with the Fender Rhodes piano. Borrowing money from a friend, Kamen purchased a 1973 Rhodes and immediately began experimenting with its characteristic tone. By placing foot pedals in the signal path, Kamen was able to reproduce tones normally found on guitars, such as pitch bend, delay and distortion. It was from this distinctive sound that attracted several types of musicians to record with him all over the Western United States.

John Johnson was one of those composers, and asked Kamen to collaborate on a record for a group Johnson was assembling called the The Jazz Subversives. Johnson sculpted the sound of the group around Karen’s signature sound for the group, and recorded their initial record Insomniak in 2009.

Kamen returned to the Czech Republic, and plays regularly in his hometown of Prague.

In 2014, Johnson again approached Kamen to help compose and produce another Jazz Subversives recording, this time as a soundtrack to an art collaboration featuring the artwork of Sacramento artist Micah Crandall-Bear, and the photographs of Johnson entitled Groundswell.

Kamen’s solo offering for 5ohm is another collaboration with Johnson, and is expected mid 2019.