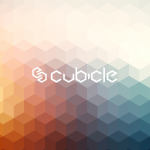 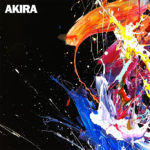 Langston and Marr met in 2007 while working for Microsoft. Matt Langston, born in Phoenix, AZ but raised in Olympia, WA took an early interest in electronic music and bought his first keyboard and computer in 1989. His first experimentations led him to long droning passages and undefined soundscapes, often recorded with a handheld stereo recorder used in natural habitats. His first published recording at the age of 17 was called Platforms, a set of four pieces that that ran over an hour. His influences range from Brian Eno, Plastikman and Motion Worker, to Frank Zappa, Led Zeppelin and the odd time signatures of music groups like Yes and Rush.

Roland Marr was born in Oslo, Norway, and began his musical journey on the guitar and trombone. He studied music in grade and high school, and developed an interest in composition and arrangement for classical musical. His passion for guitar led him to a 90’s pop band named Darkman, before pursuing a career in interface design for Microsoft. Marr was influenced by many pop and rock bands of the 80s, including U2, Howard Jones, The Police, and Norwegian pop group ... .

Langston and Marr worked together at Microsoft before a discussion about music led them to a jam that tangled both of their interests. The duo’s name is apparently inspired by the office dividers known as a cubicle, but neither has ever claimed to have worked in one.

Cubicle’s music has seemed to explore the mundane facets of everyday life with interesting juxtaposition of sounds and texture. Their first recording together, entitled Monotone explored space and time with serene passages coupled with experimental ambient sounds.

Their first recording with 5ohm will be a long-awaited record entitled Blockchain, and is expected for a Spring 2019 release.